The 2018 Kīlauea eruption began May 3, 2018, in the Leilani Estates subdivision following the collapse of Puʻu ‘Oʻo crater floor and intrusion of magma down the lower East Rift Zone (LERZ).

An estimated 1 cubic kilometer of lava erupted through August. This coincided with numerous caldera collapses at the summit that deepened the Halema‘umau crater. The eruption would be the largest LERZ eruption and caldera collapse seen in at least 200 years. 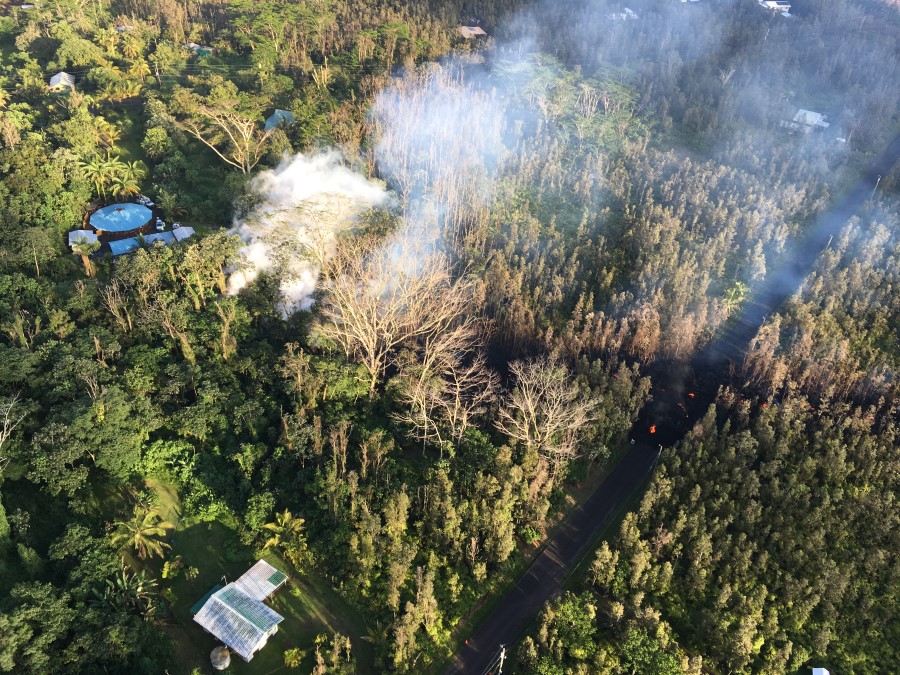 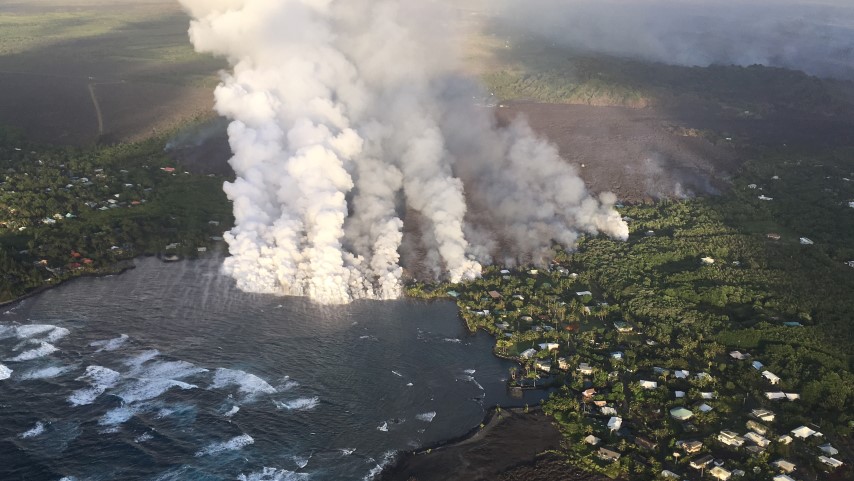 HVO reduced Kīlauea's alert level from watch to advisory on Friday, October 5, 2018, after the passing of 30 days without seeing lava on the surface. There have been no active lava flows since August, though lava was seen inside fissure 8 in Leilani Estates as of Sept. 5, 2018.

Verified impacts from the 2018 Kīlauea Eruption include:

Kīlauea is an active shield volcano and the youngest of five volcanoes that comprise the Island of Hawaiʻi.

Beginning in May 2018, the lava lake that previously existed inside Halema'uma'u crater disappeared and lava flows from Puʻu ʻŌʻō crater ceased – signaling the beginning of the 2018 Kīlauea Eruption. The size of Halema'uma'u crater roughly doubled as a result of the most recent eruption and collapse events.