Hawai‘i County formed the Hawai‘i Redevelopment Agency shortly after the devastating 1960 tsunami to oversee relocation of businesses and residents, and economic development of the impacted area.

The project, also known as Kaiko‘o, or "rough seas," was the last major disaster recovery effort organized on Hawai‘i Island.

It's one example of how natural disasters have shaped development patterns and public investment in our island community. Read below to learn more about what happened and why.

"An earthquake in Chile triggered a series of seismic waves, or tsunamis, that flashed westward over the Pacific towards Hawaii.

Two small waves lapped innocuously along the shoreline of Hilo Bay in Hilo, Hawaii, just after midnight on May 23, 1960. An hour later a third wave, 35 feet high, roared past the breakwater and slammed into Hilo's central business and industrial district.

The wave killed 61 people. It brought pain, shock, severe injury to another 100 or more. It caused property damage varying in estimate from $22 million to $50 million. It demolished 288 structures, damaged another 291.

When stunned Hilo citizens and rescue workers stumbled through the wreckage in the chilly dawn hours, they found themselves ankle-deep in a mud and clay slime that oozed over the entire business district. An acrid stench filled their nostrils as runaway sewage bubbled steadily into the mud and slime.

The cold, merciless light of early morning illuminated old frame buildings that had been reduced to pieces of kindling; twisted and collapsed structures shoved many yards from their gaping foundations; massive, 20-ton boulders that had been flung inland like pebbles from the bayshore revetment; street pavements peeled from their bases like skin from an orange; hundreds of smashed hulks of automobiles – including one that had wrapped itself around a palm tree." 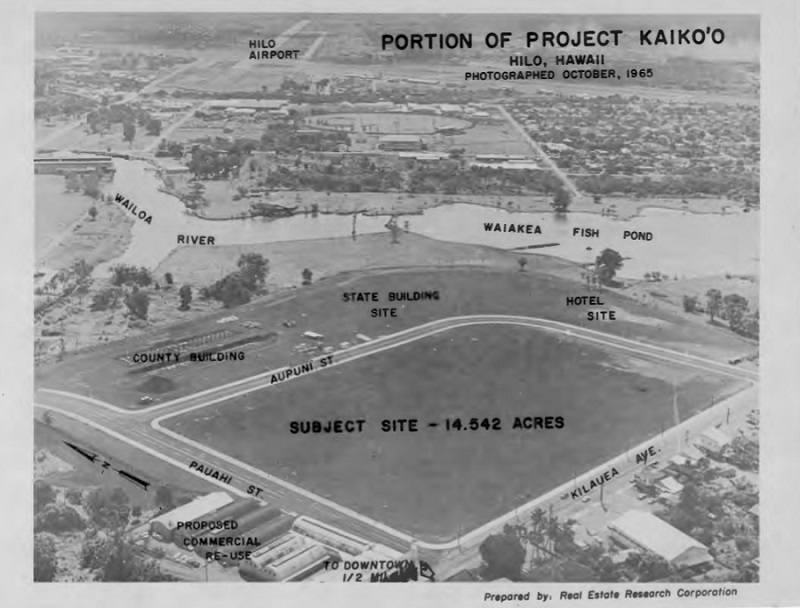 Some of the land acquired through the Hawai‘i Redevelopment Agency was elevated to reduce the impacts of future tsunamis. Today, the land includes County and State buildings and businesses stretching down Kīlauea Avenue toward downtown. On average, the land was raised to an elevation of 26 feet above sea level.

The 1960 tsunami killed 61 people; In 1946, a tsunami generated by an earthquake in Alaska's Aleutian Islands killed 159 people in Hawai‘i. 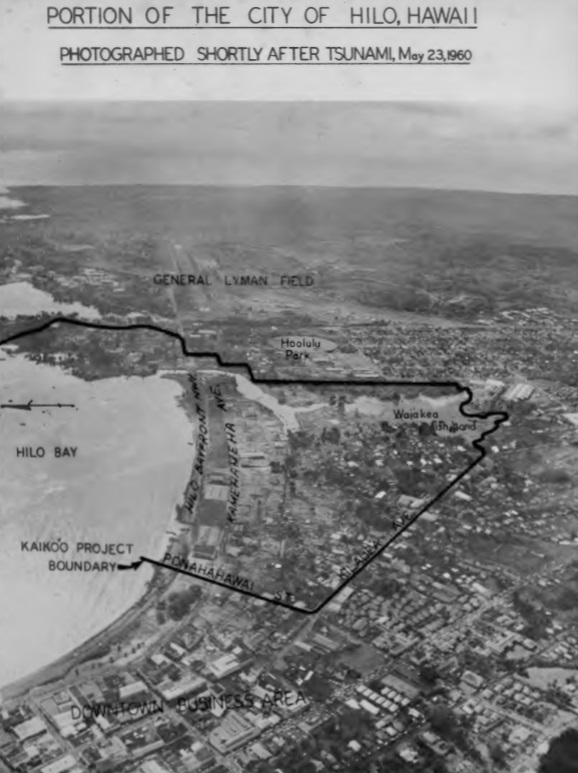 The tsunami tore through populated areas of Shinmachi and Waiākea Peninsula. Development was restricted in these areas afterward.

On most days, Hilo Bay is calm, with waves gently lapping onto its shore.

That changed on the night of May 23, 1960, as a massive 35-foot tidal wave generated by an earthquake in Chile tore through homes and businesses, killing 61 people and causing between $22 million and $50 million in damage.

It would be the second deadly tsunami to hit Hawai‘i Island in two decades and would mark a major turning point in the history of Hilo.

For Hawai‘i County leaders, it was a moment to rethink development in the inundation area, previously hit by the 1946 tsunami, with a focus on reducing risk to life and property.

The decision was made to relocate homes and many businesses in the low-lying communities of Shinmachi and Waiākea Peninsula to higher ground and develop a plan for repurposing these areas for public benefit.

The effort was overseen by the Hawai‘i Redevelopment Agency, formed by the County Board of Supervisors eight days after the disaster. A five-person board was appointed on July 14, 1960.

Megumi Kon, who managed the redevelopment that would transform the town’s waterfront, said planners recognized something had to change.

“[We knew] this thing is going to reoccur again,” he said, referring to tsunamis. “The question was – how far up should we go? That was the only question.” 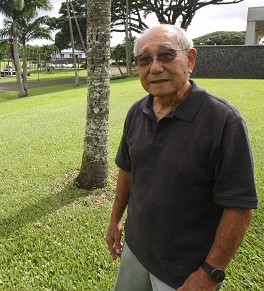 The state Legislature met in a special session that year and passed a recovery package that made public lands available for relocation, authorized $2.5 million in bonds to cover the local share of the proposed renewal project under the 1956 National Housing Act, provided funds for public housing units, and created a loan program for disaster victims.

The project spent a net total of $9.7 million from 1960 through 1971 after accounting for real estate sales, according to the project's final report.

The project, also known as "Kaiko‘o," or rough seas, took 11 years in total and created an expansive open space along the bayfront and  Wailoa River, and a new commercial district on land that was elevated to 26 feet above sea level on average, high enough, the Army Corps of Engineers determined, to keep the new shops and government buildings out of harm’s way.

Both the County and State agreed to build their offices on the redeveloped site, which helped encourage business development.

“Even if we elevated the land and all that, people didn’t have quite enough confidence to go back there, because it’s all theoretical, right?” said Kon, 89.

Businesses that moved out of the area were offered leases on state land, with the option to buy, along or near Kanoelehua Avenue, while residents were sold state land around Iwalani Street for housing at the cost of installing infrastructure, Kon said in an interview.

The disaster wasn’t the only impetus for change. The economy, long dependent on sugar, was facing strong headwinds.

“In 1960, things were not that great economically,” Kon said.

After the tsunami, Hilo got a chance to reposition itself, in part to support the growing visitor industry.

While Hilo would later be overshadowed by West Hawaii in terms of tourism, there also was investment by the state during this time to turn the then-University of Hawaii, Hilo branch, into it a full-fledged campus of its own.

“The school, the university, was the big thing,” Kon said. “[Gov. John] Burns put a lot of money in it.”

Kon gives most of the credit to the people who made sacrifices by moving.

“At that time we didn’t know too much about relocation and things like that. We tried as best we can. Acceptance of the people and the program made a lot of difference.”